Comrade Chandidas Bhattacharjee, Secretary, West Bengal State Committee of SUCI(Communist) has strongly condemned the statement of the various political parties like TMC, CPI(M) and BJP regarding the genocide by the police in the historic Nandigram movement of 2007.

In a press statement he has said – “It has come to our notice that TMC, BJP and CPI(M) are spreading confusing statements regarding the Nandigram movement. It is known to all that the movement started following the secret plan to create a ‘SEZ’ by the then CPI(M) led government in Nandigram with the help of the big corporate indonesian group ‘Salim’ through eviction of thousands of peasants from their land in Nandigram.

‘Bhumi Ucched Pratirodh Committee’ a mass committee began to lead a resistance movement against this conspiratorial plan and an all out movement developed as a result. One of the prominent convenors of this committee was Comrade Nanda Patra, one of our local leaders.We would like to state unequivocally that in order to forcibly suppress the mass movement the then CPI(M) led government throwing away the banner of leftism in the mud, deployed armed police and criminals to perpetrate a genocide and mass rape on the protestors which was unprecedented. Even today, many families in Nandigram are carrying the pain and agony of that torture and oppression.We also want to state that it is completely unethical for any leader or any party to attempt to take the credit of the historic Nandigram movement. It was the people of Nandigram who had shed their blood and sacrificed their lives in order to resist the conspiracy of the then CPI(M) government and they had finally gained victory through their grit and determination, blood, sweat and tears. This is a victory of the democratic movement of the masses and nothing else.

We appeal to all, that it is not proper for any political party to misuse this issue for their electoral interest.We remind everybody that our party is fighting this election on the basis of a correct Marxist outlook by taking a line of militant leftism along with the line of mass movement. We are fighting the fascist BJP government in the Centre against its rabid communalism and anti-people policies on the one hand, and the corrupt, oppressive TMC government in the state on the other as also against the opportunistic line of the CPI(M)-Congress-ISF alliance. 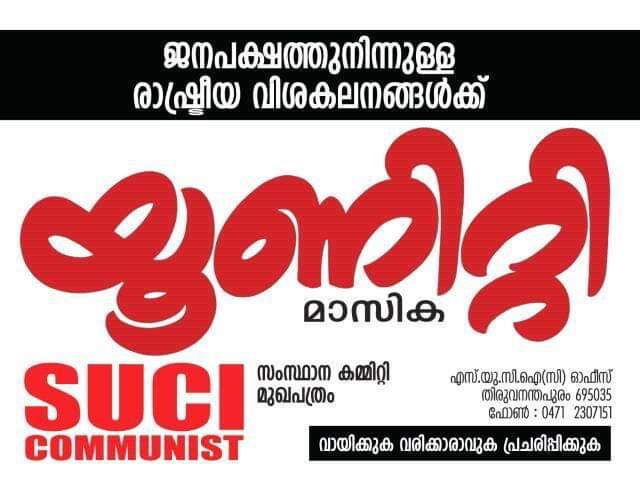